Peter’s younger brother was also one of the Twelve apostles.Like Peter, he did not think himself worthy of being crucified in the same manner as Jesus.So he was eventually nailed to an X-shaped cross.

In Andrew’s sculpture, the X-shaped cross is defined as his symbol. His sculptures were often accompanied by large crosses on the back, with one hand holding the cross and the other outstretched, or holding a book.

Sculptures made of different materials will convey different feelings, Marble will give people a quiet mythological beauty, copper will have a character freeze feeling, and fiberglass will be more story-oriented.All material we can custom made. 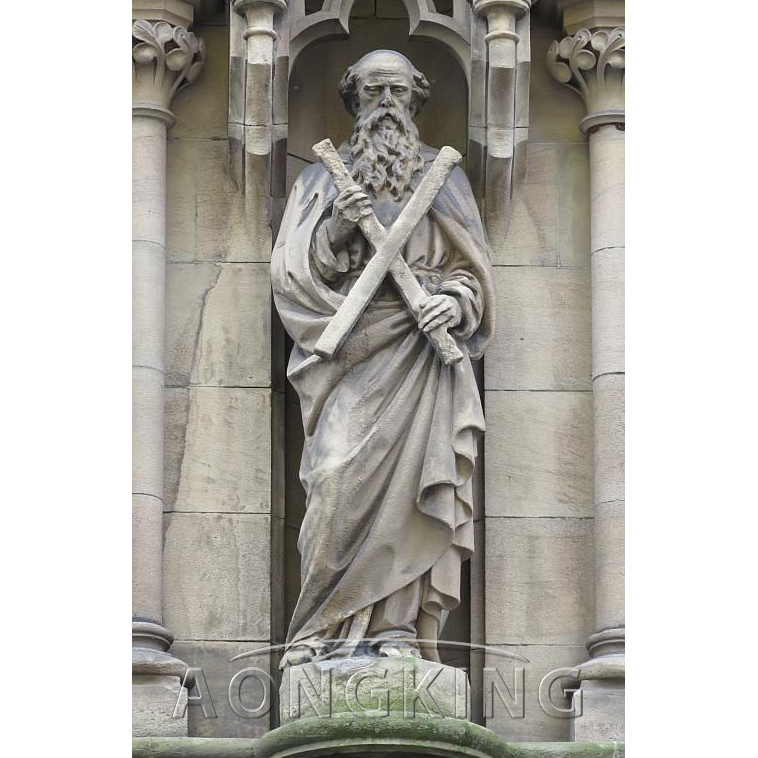 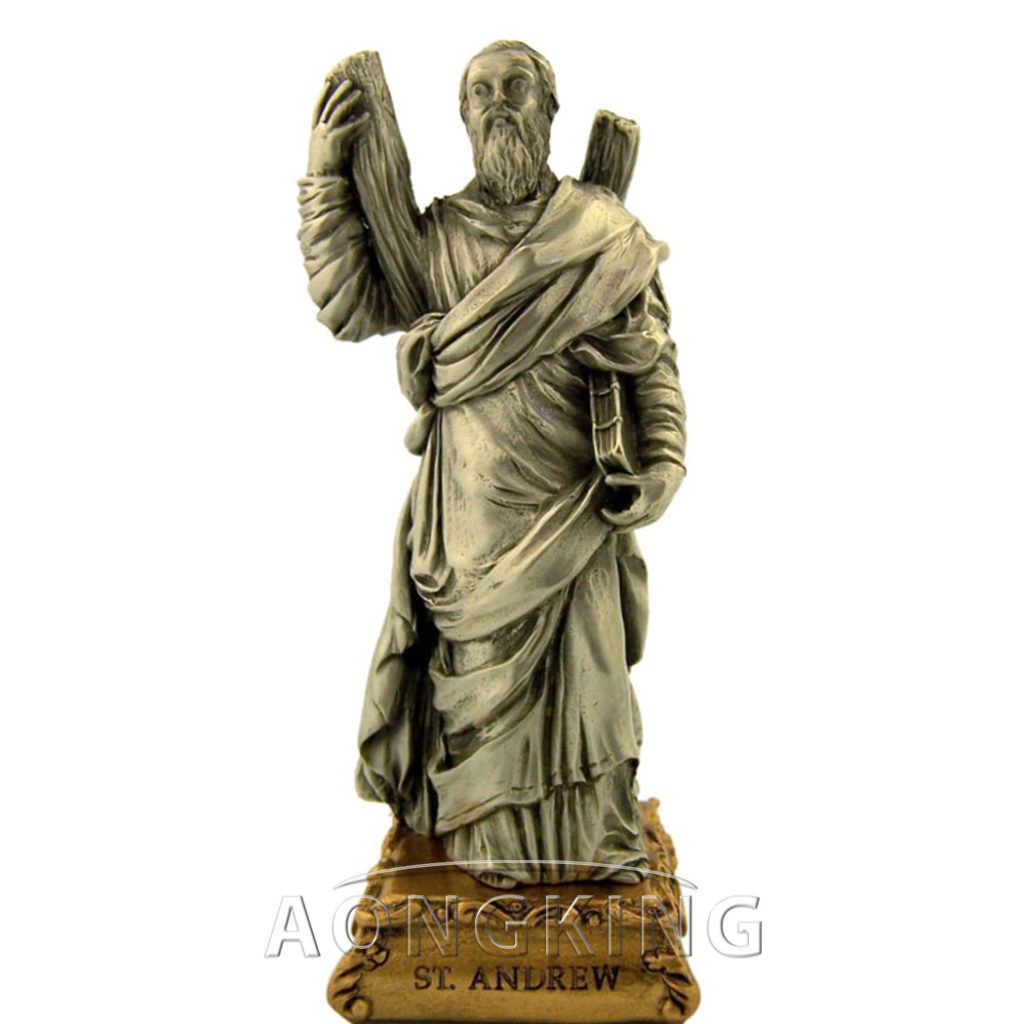 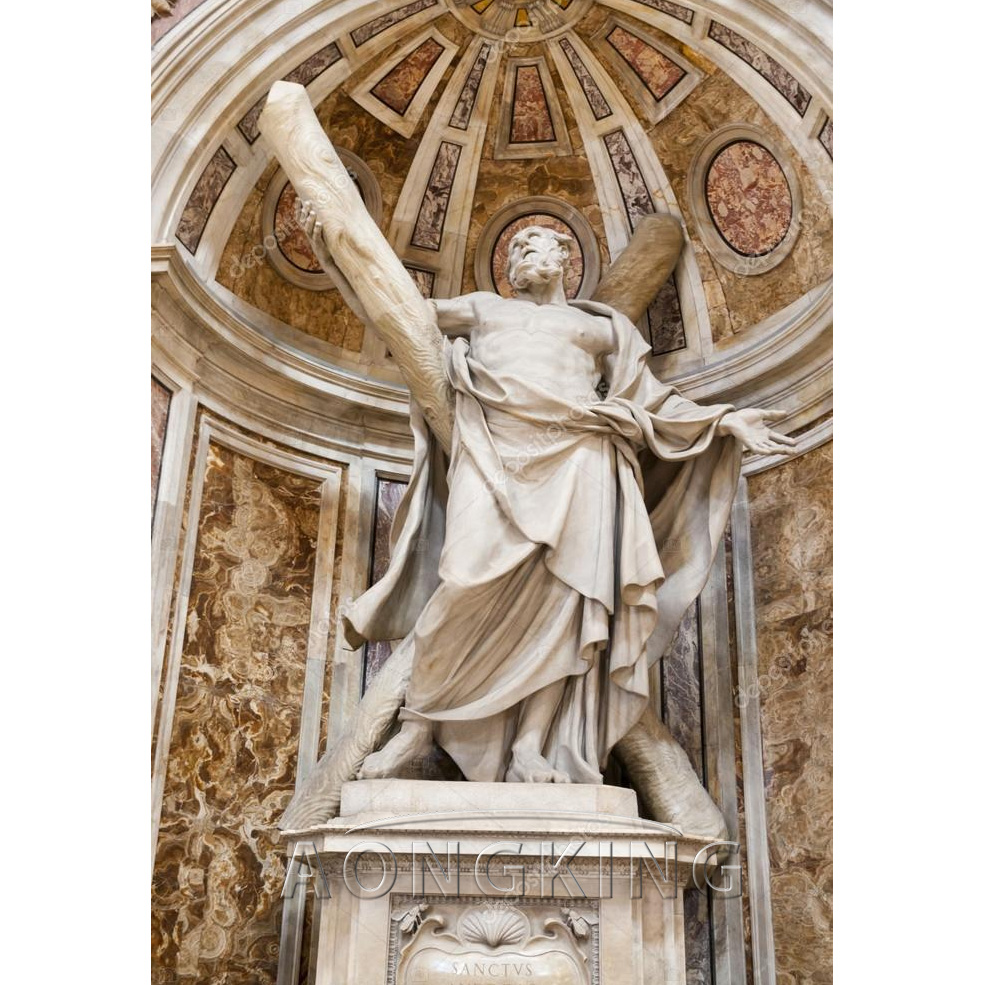 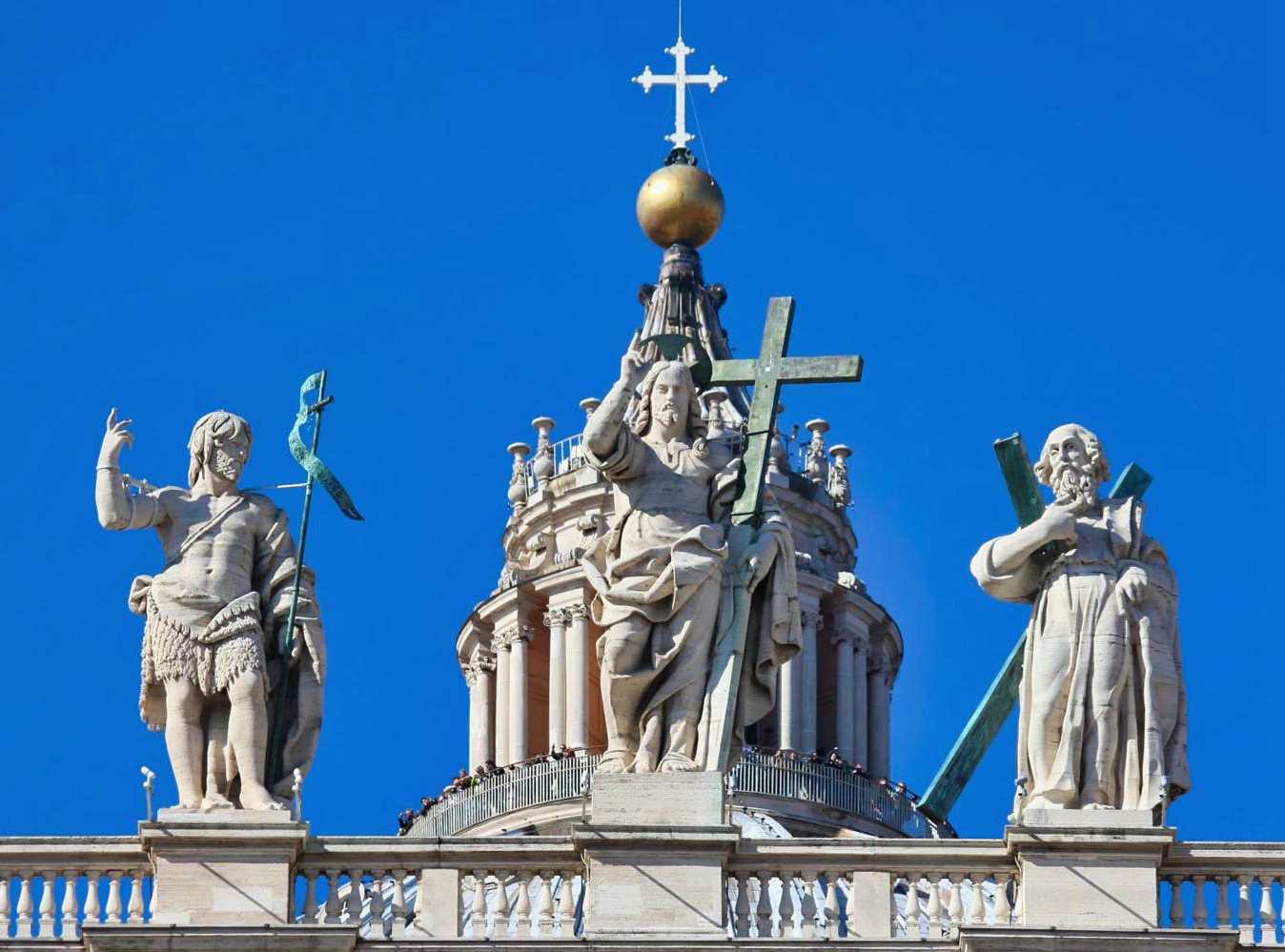 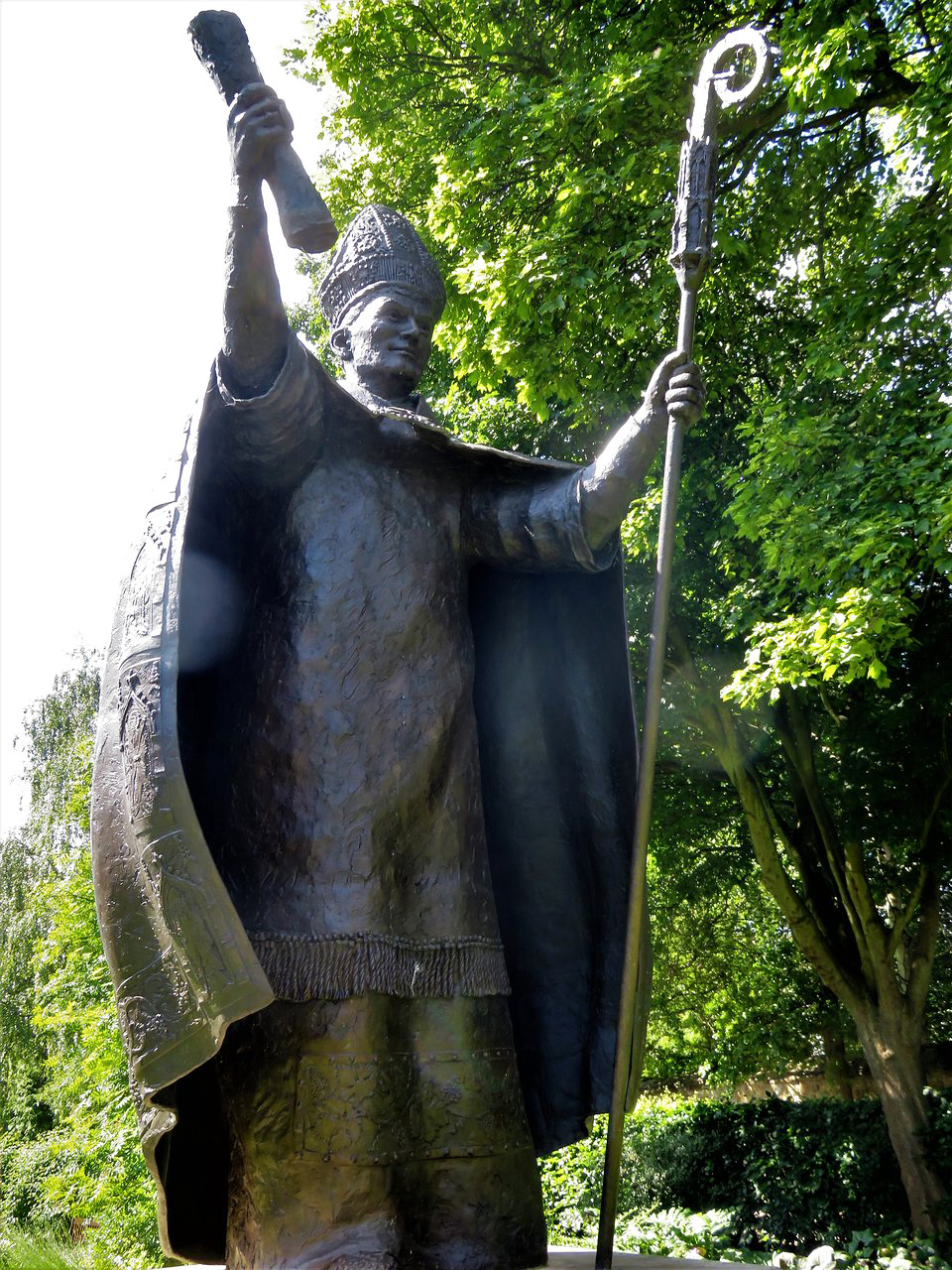 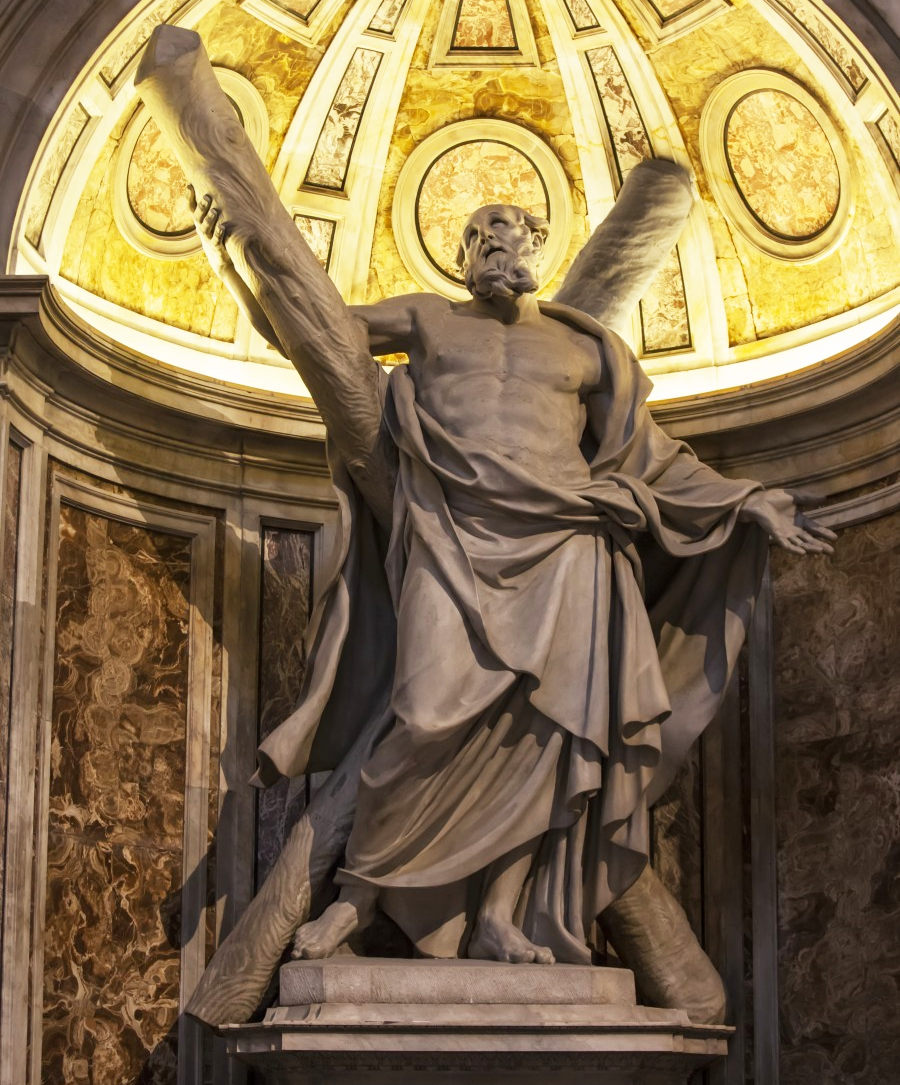 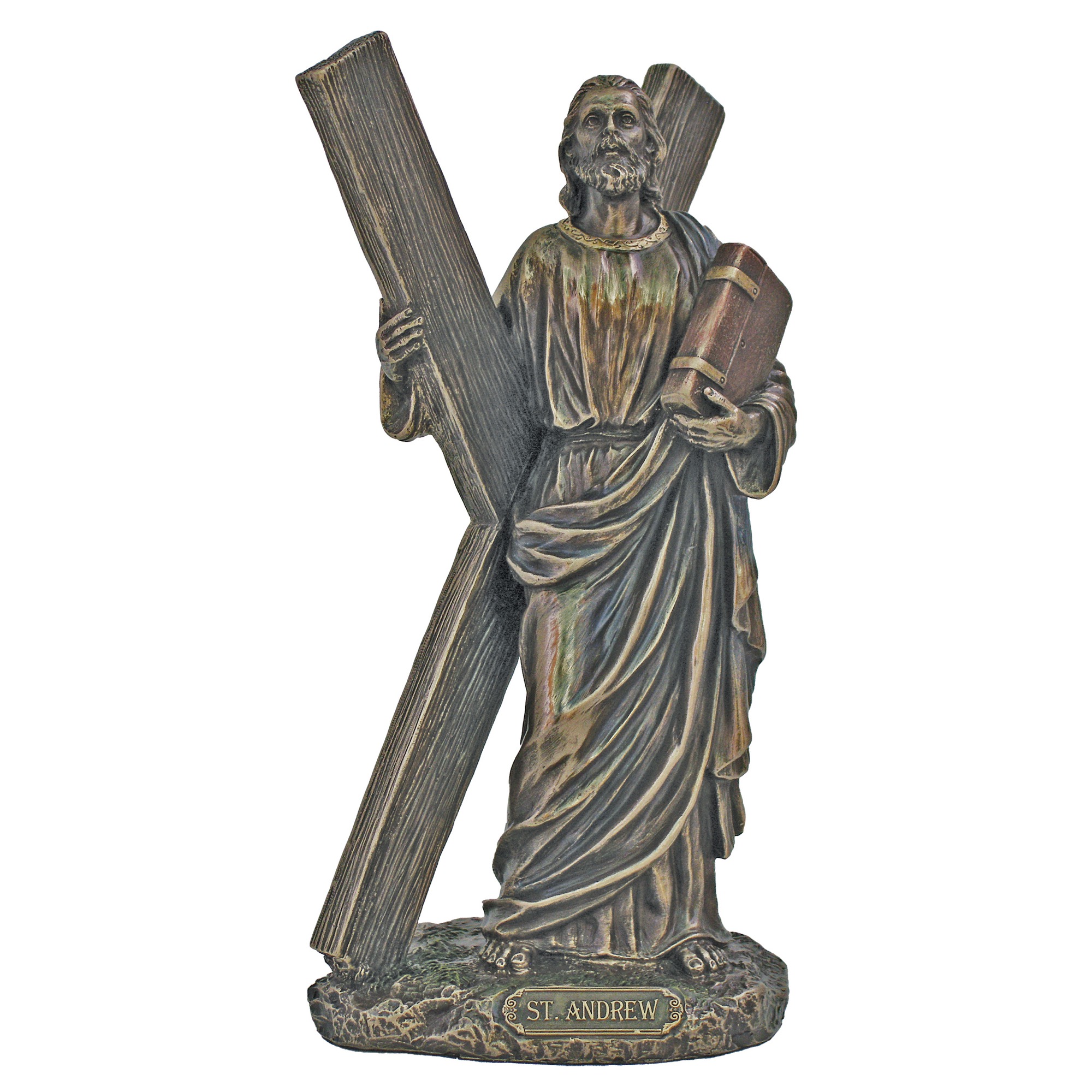 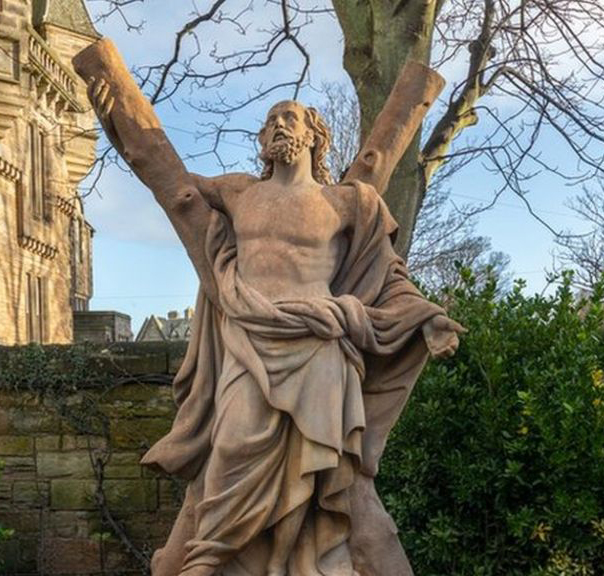 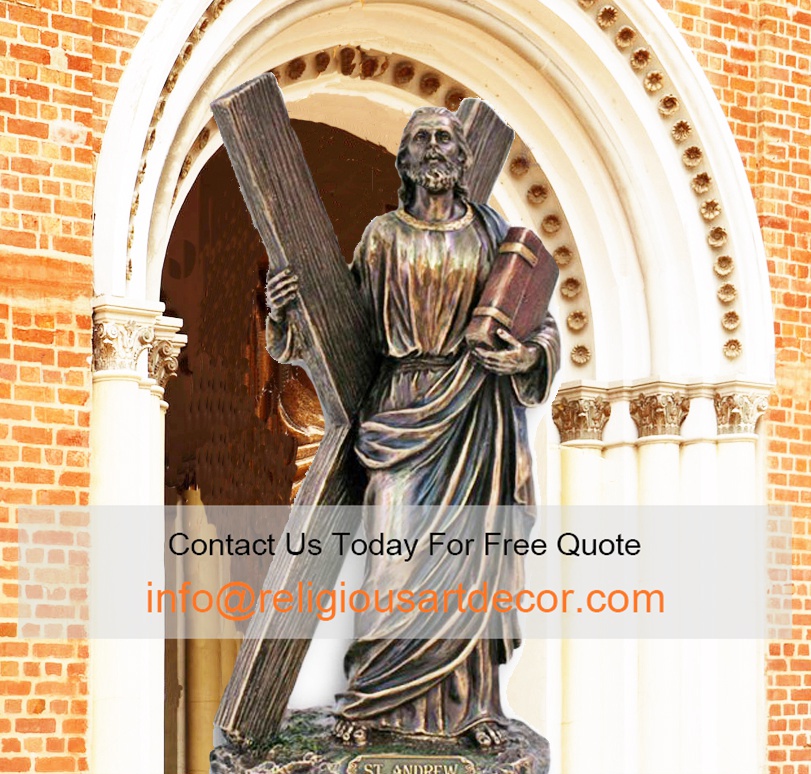 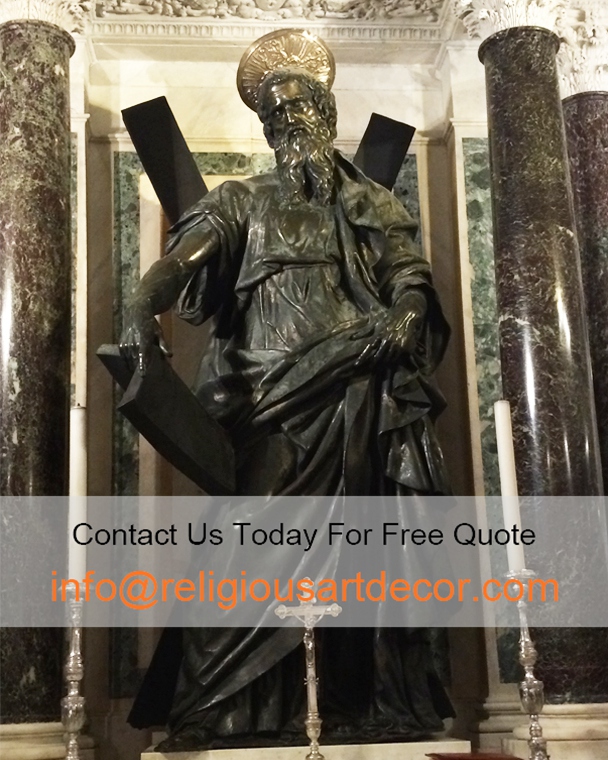 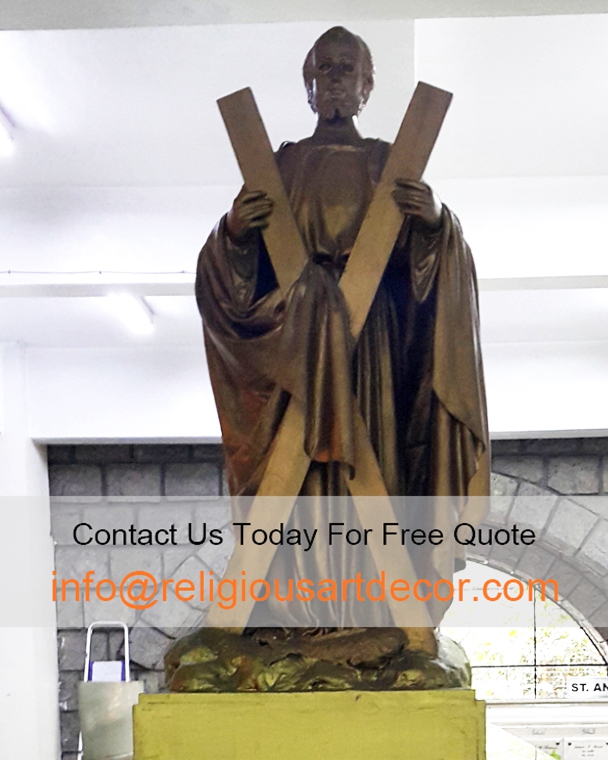 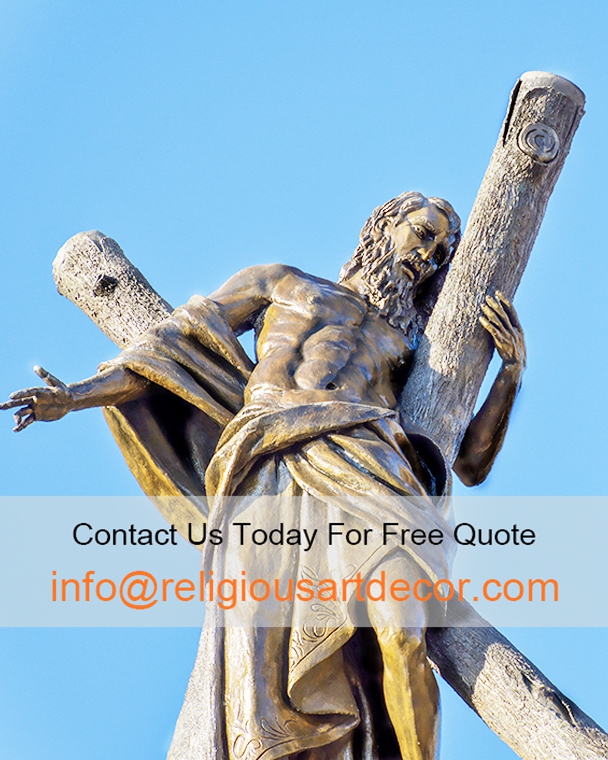 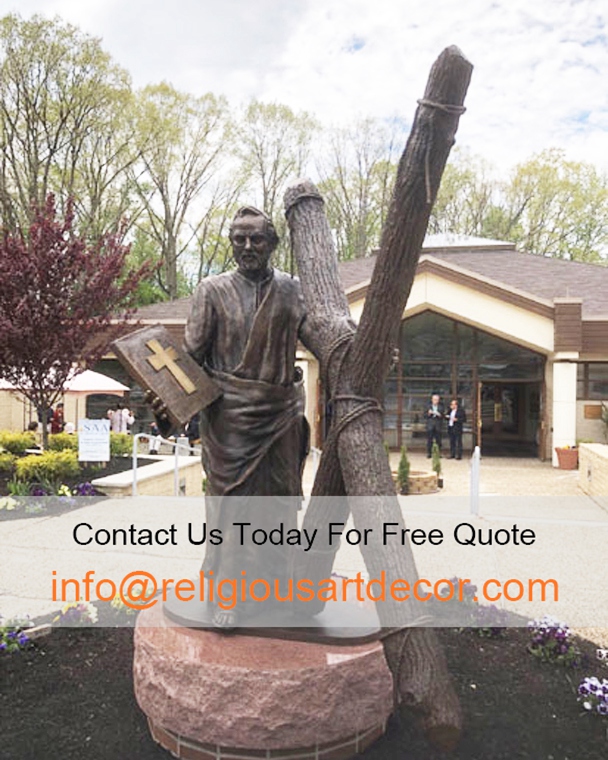 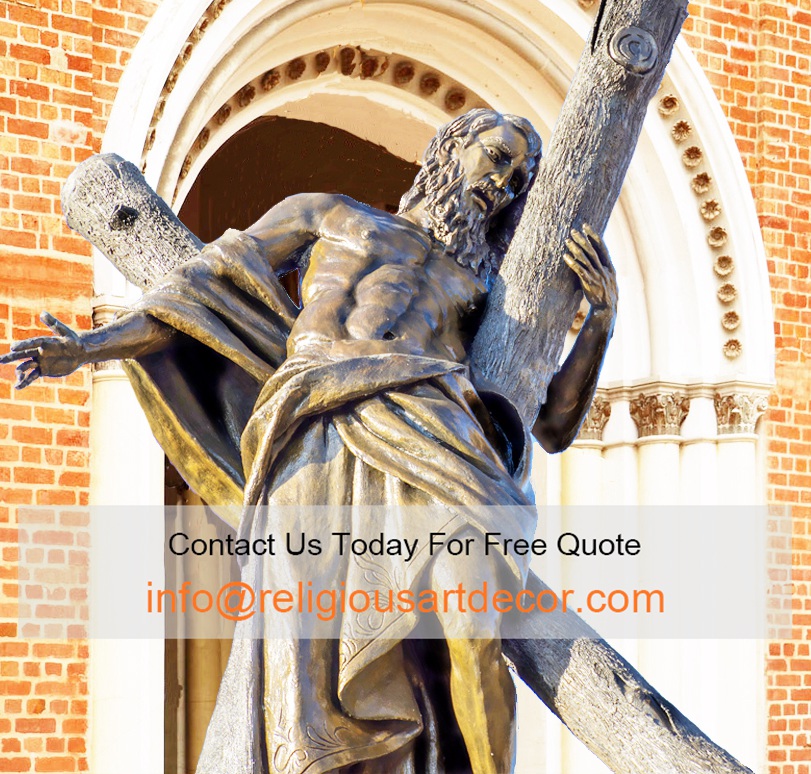 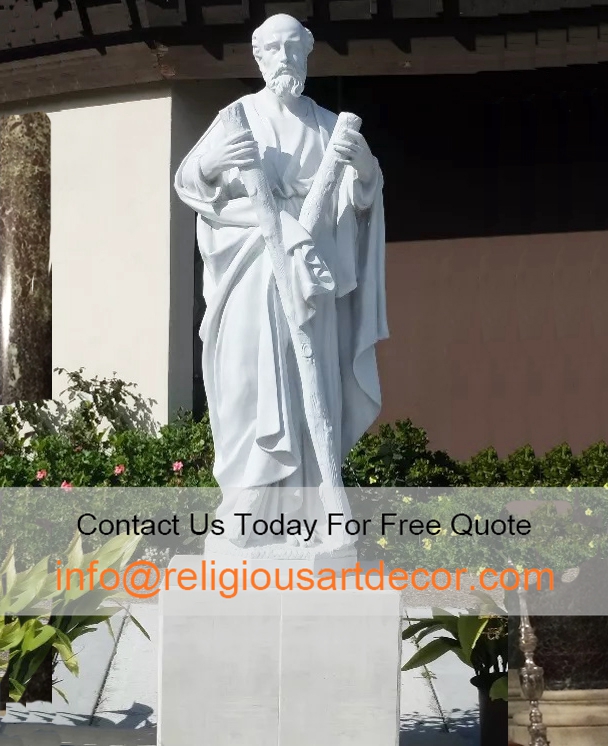 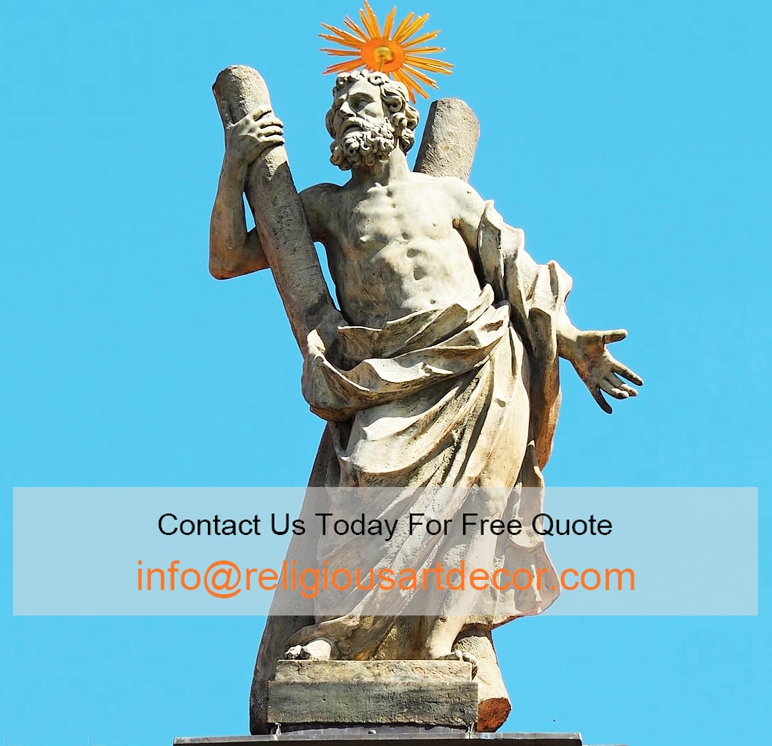 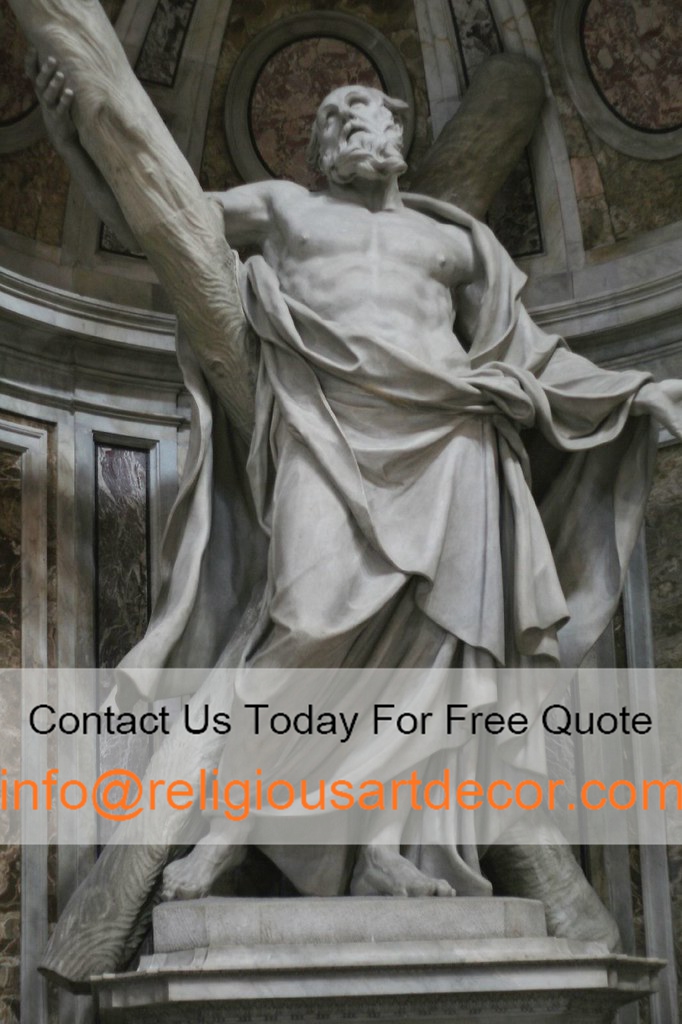 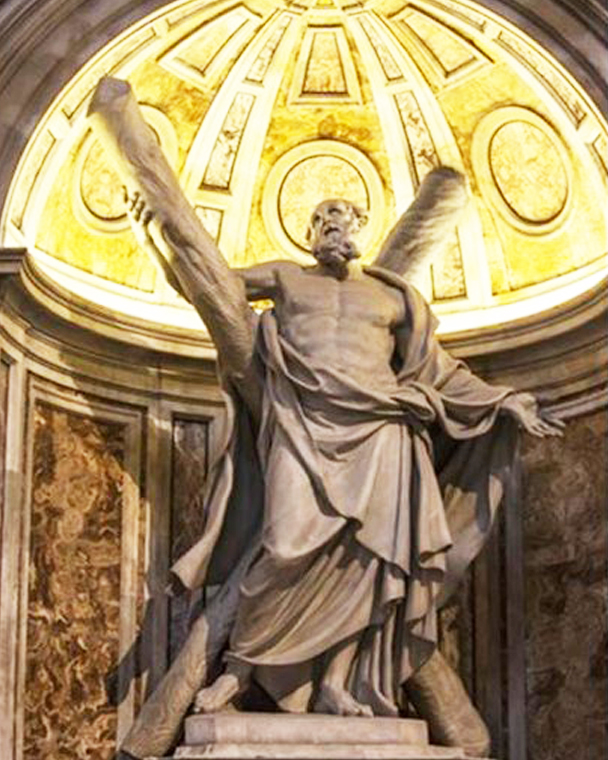 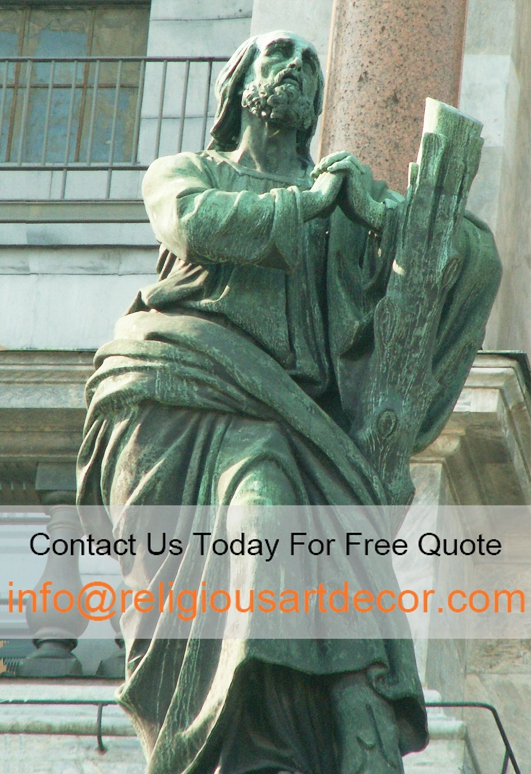 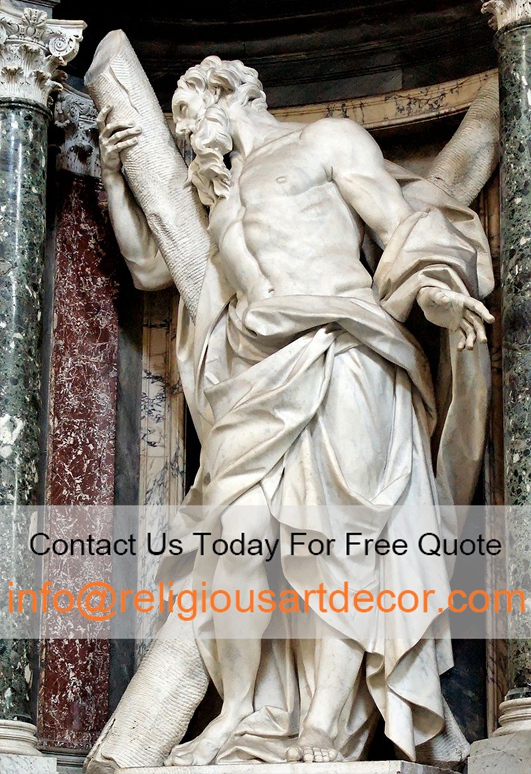 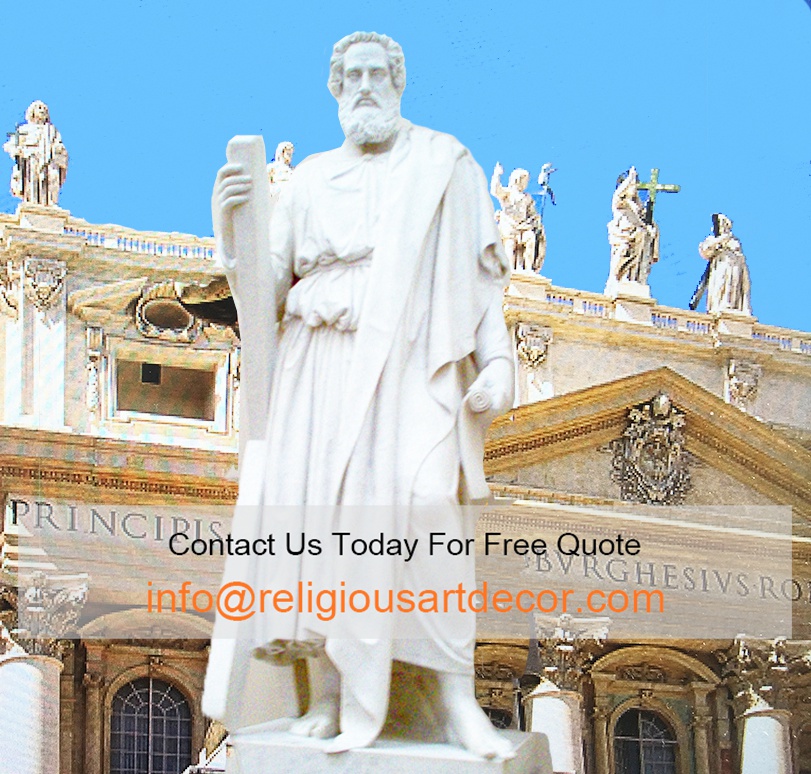 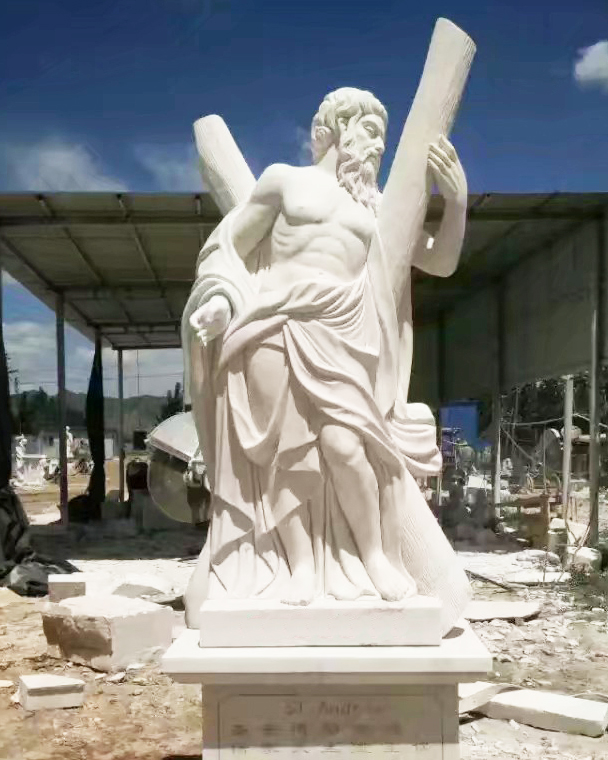 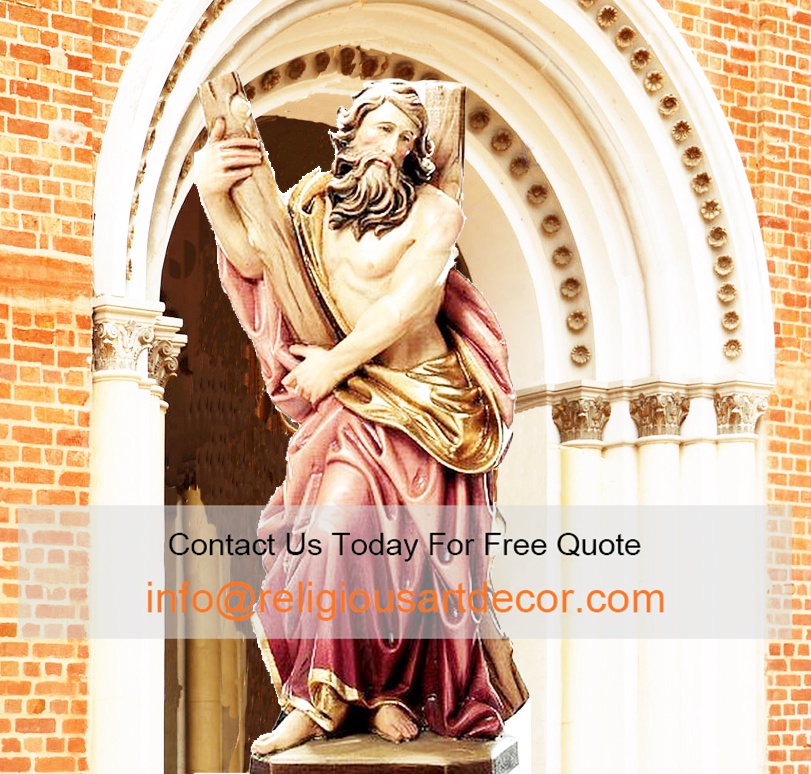 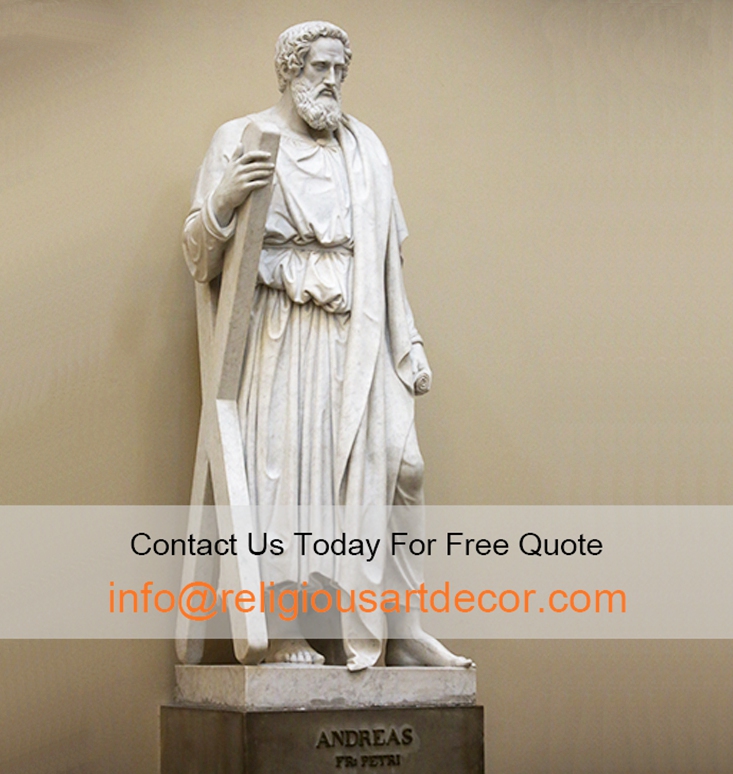